1960 the year I was born and the troubles 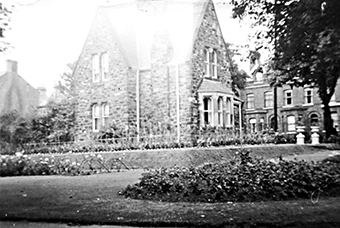 I was born in the park keeper’s house in the grounds of Alexander Park Belfast where my grandfather was head keeper.
My parents were Herbbie & Rachel McEvoy. My father was a sheet metal worker and my mother a stitcher.

I was brought up in a not particularly loyalist but protestant home. We lived in a protestant area of Belfast called New Barnsley, directly facing nationalist Ballymurphie.
There was a lot of tension towards the end of the 1960’s and we lived a very unusual lifestyle. I remember the barricades at the end of the street we lived in, manned by local vigilantes, my father being one of them. They wore a white band on their arm to define who they were, almost “Dads Army” like.
There were constant threats of attacks by rioters throwing petrol bombs and generally anything they could muster to hand. There was a permanent army post at this barricade and I remember one night, a Scottish soldier losing an eye with some sort of missile. We kept boxes of soil in the front room to put out any petrol bombs that might smash through the window. As a result we lived mainly to the rear of the house.

During one particularly bad riot, my father decided that he had had enough. My sister and I were bundled into the back of my Dad’s car and covered with blankets. My two older brothers did the same in my grandfather’s car. We quite literally drove through the riot, out of the street and onto the Springfield Road. We only travelled a quarter of a mile or so, when the army stopped us from going any further. We were now jammed between the army line and the advancing riot. My father pleaded with the army but they would not open their lines to let us out. Just as we were about to turn back, a large lorry came out from a side street and the driver didn’t stop to ask if he could get through. So as the army line scattered, my father booted up the old Austin A60 and off we went following in the wake of the lorry.

That night we went to my grandmother’s house in Withem St, bunking down on makeshift camp beds etc. As kids, we found this all very exciting. Around 2.30am that night, we were awakened with the sound of banging on the door. It was the army to tell us we had to evacuate the house, as there was a car bomb at the end of the street. We spent the rest of the night in the car waiting for the bomb squad to clear the area.

1970 moving to Bangor and learning to play the guitar 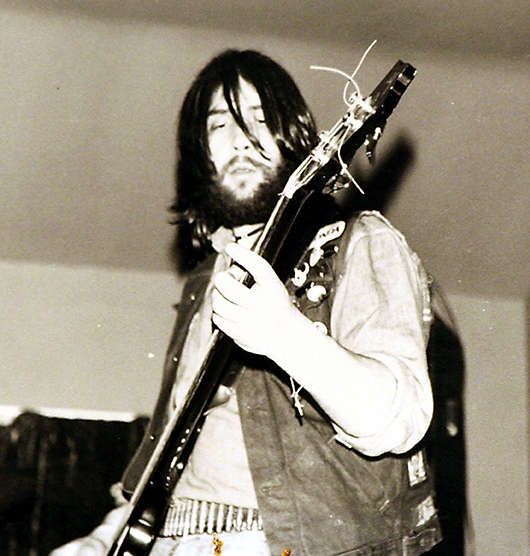 Due to the trouble at New Barnsley we were re-housed to Bangor. This move was met with great joy by my mother who had always wanted to move to Bangor.

It was the start of a great decade for me as a teenager. At fourteen I started to play guitar and I haven’t stopped. I started “Big School”, as we called it, discovered girls & beer, grew my hair long, rode motorbikes, started work and earning some money.
At weekends, I would be playing in a heavy rock band one night and a jazz outfit the next. By 1979 I had moved out and was living with a bunch of like minded bike mates in a not fit for purpose house in Greys Hill, Bangor…All I can say is, WILD!!!

1980 self employment and marriage

I had decided that working as a motor mechanic was not for me and so I moved to the building trade, working as a plumbers mate and then joinery, I was much more at home in the building trade. So after a few years it was time to go it alone, and boy did I mess that up. So I ended up working in a ford parts department for a couple of years, got to be manager, for what thats worth! 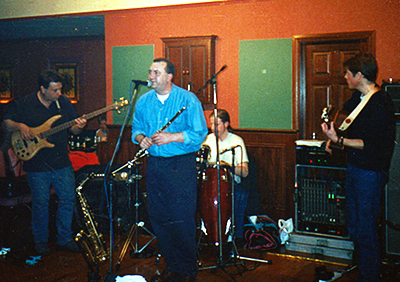 After a while I got the building bug again and so with my £30 van and a bag of second hand tools, I started a local roofing company and I’m still at it. It was during the 1980’s that I met my wife Melita and had my first two kids, Saoirse and Joe.
Still plucking away at the guitar, I built a small home studio in the garage and would spend nights recording old rock songs etc. I also started to play with a celtic fusion band called “Poacher”. Two members of that band, Clarke Wilson and Marcus McAuley and I went on to form “Celtic Soul”.

The early 1990’s saw the birth of my youngest son Cian (Irish for ancient) and as we always say “If Cian had been the first there would have been no more” HA.
I continued playing with the guys in Poacher, now called Jamoccal (AKA Jimmy Square Foot, which featured many local musicians of note). I had stopped playing with the guys in the jazz scene and the greatest musician and mentor I ever worked with George Mullan sadly passed away. 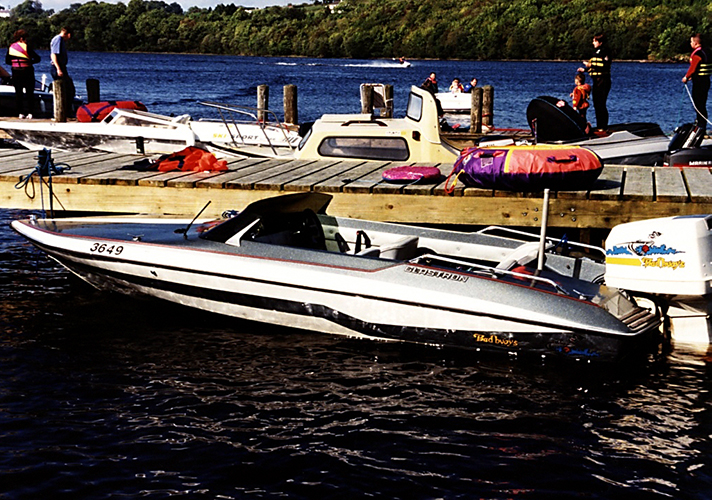 In the 1990’s we discovered Fermanagh and it’s beautiful lakes and islands.
We got ourselves a beat up old static caravan and a small speed boat, everyone in the family learned how to ski, wakeboard and kneeboard…. well, except me, I stuck to the cheese boarding!
I have spent most of my weekends and all yearly holidays in Fermanagh since. We still have a caravan and a boat, which I plan to always have. It has become my second home, maybe someday I will move there permanently.
It was towards the end of the 1990’s I started to get interested in photography.

2000 Doing the biz and exhibitions 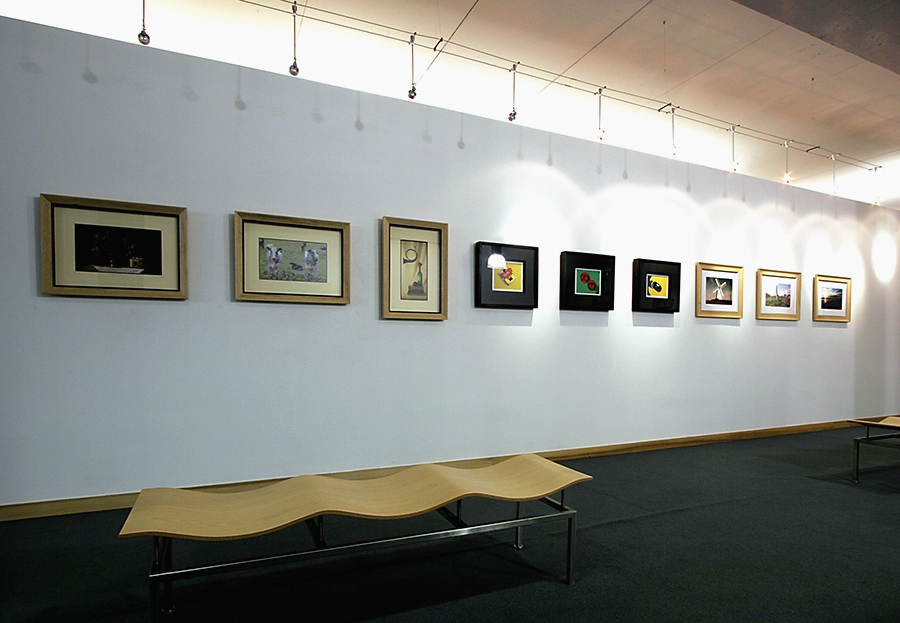 I was keeping up the music with Jamoccal and getting involved with some local artists.
I was invited to exhibit with two two other artists at the Townhouse gallery Belfast. This lead on to a series of exhibition in the gallery and also an interesting partnership with the local library board.
I had several solo exhibitions in various libraries, highlights were an exhibition for a visit from Duchess of Cornwall and being asked to be the inaugural artist for opening of the refurbished Carnegie Library in my hometown of Bangor.
The latter half of this decade saw the start of the recession and the aftermath that would follow. 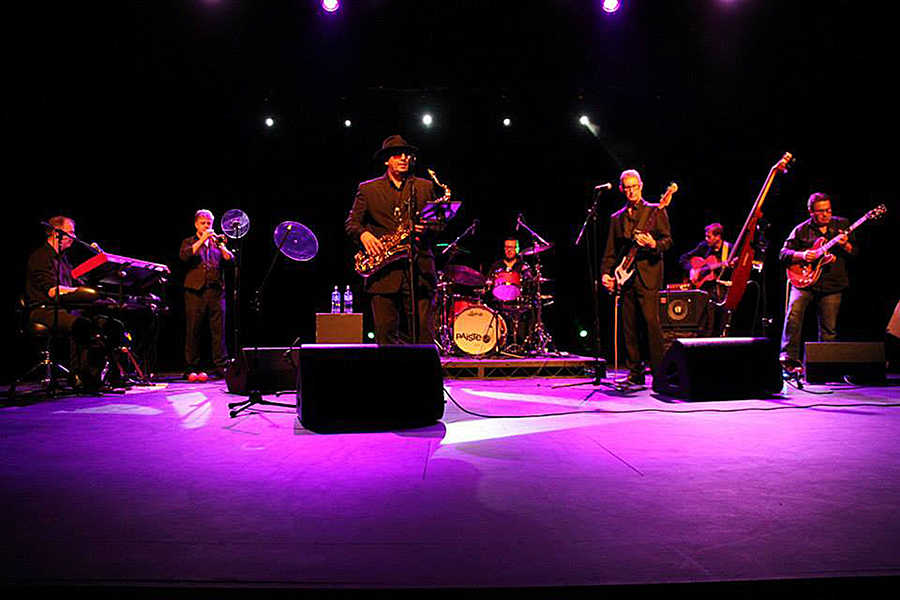 We’re only halfway through this decade and I have seen some significant changes, my partnership in the roofing business split and that seen the return of me back to a bag of tools and a transit van.
It someways this was a bit of a shock to the system and in others it was a blessing in disguise. Some of the downsides were, I had less time for getting behind the camera, the picture framing business had to retreat back to a part time job and even my guitar playing ground to halt.
To turn this around I started to bring the camera to work, this lead to a lot of rooftop perspective photos and people stated to notice them on local blogs and forums etc.
Once settled into the new work regime I could start to get back to music rehearsals and Celtic Soul continues to go from strength to strength.

In 2013 we purchased our beautiful boat the “MelB” and have just finished our first full boating season… cementing our commitment to Fermanagh.